Alvin Toffler, ODR, The Red Queen, and the Pandemic

Alvin Toffler, ODR, The Red Queen, and the Pandemic 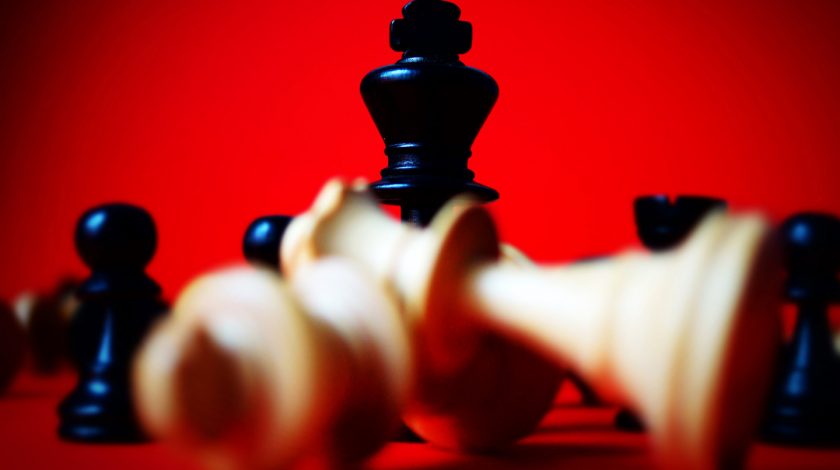 Much has been written about the future. However, when we read about “what will come” we see it as “something far away”. It is a perception that is always accompanied by the certainty of the present and the randomness of “tomorrow” (most likely we think “We don’t know what is going to happen and… if it will happen).

It has cost us, human beings, and it is difficult for us to understand what are the steps we must take in order to reach the future. This is so, because making this reflection forces us to think about the simple, ordinary and everyday things that normally fill our days with occupations, and imagine them in a change, for example, the products we buy, the places we frequent, the social organizations in which we live, the people who integrate our lives, our jobs and / or professions, the lifestyle we live in the present, etc. Probing these these aspects, thinking about their future reality, is not an easy task because it takes us out of the comfort zone that the present gives us, because in our present is “what we know about life”.

Alvin Toffler, in his work “Shock of the Future” said that the individual to survive, to avoid what the author calls “shock of the future”, must become infinitely more adaptable and sagacious than at any time before. However, before human beings can do this, they must understand in more detail how the effects of acceleration influence their personal life, creep into their behavior, and alter their quality of existence. In other words: We must understand transience. That idea of ??transience of which the author speaks confronts us with a truth ”What today is… tomorrow may not be”. And this is what has happened to us worldwide with the serious COVID19 pandemic, which has come to modify all that present that we had not long ago, in our way of life, our customs, the rules of coexistence developed by different countries, etc. .All that social construction that we had for many years, until a year ago, we realize that they no longer serve us, and most importantly, we are not sure if they will serve us again. Because there is no doubt that when the COVID19 Pandemic passes, it will be very possible that the reality of the world has changed and we need to continue building new ways of coping with existence, as world history has shown us each time a similar situation raised

And, within this great change that we are travelling at high speed, is the way in which we have been applying procedures for the resolution of conflicts, in that relatively slow evolution, -compared to today-, in which we have been sustaining for several years, from the RAD (Alternative Dispute Resolution) methods, to the RDL (Online Dispute Resolution), a topic that we propose to address in this work.-

ALVIN TOFFLER, THE FUTURE AND ODR

Toffler also predicted the spread of interactive media, internet chat rooms, and devices that remind you of “your own dates.”

“Advanced technology and information systems will make it possible for much of society’s work to be done at home via telecommunications over computer connections.”

The author said that the development of information and communication technologies would allow previously unthinkable benefits. An example of these benefits is telework, predicted for the third wave. However, the educational aspects of this wave seem to have preserved the characteristics of the second wave, this is, education continued in the third wave, under the needs of the second wave.

But in terms of RDL (Online Dispute Resolution – ODR -, there was a group of pioneers in the world, (Professor Ethan Katch and his team), who saw the need to value the existence of ICT, and apply them to Conflict Resolution Systems, and they gave rise to RDL. Since 1996 the “National Center for New Technologies Applied to Dispute Resolution” at the University of Massachusetts Amherst, focused its research on exploring different ways that allow articulate Conflict Resolution and the use of New Information and Communication Technologies to manage cross-border problems derived from electronic commerce, as a founding activity. The group of experts in charge of this reaserch perceived that the Internet would generate the opening of an appropriate communicational space to solve conflicts.

In Argentina, we have also had a pioneer in ODR issues. Since 2006, Dr. Alberto Elisavetsky has investigated the characteristics, possibilities and limitations of the so-called “online conflict resolution methods” (RDL). The origin of the analysis abaut the posibility of application in contemporary society of these mechanisms came from the studies carried out by the group of academics led by Professor Ethan Katsh, creator of the National Center for New Technologies Applied to the Resolution of Disputes of the University of Massachusetts Amherst.

Also, Dr. Alberto Elisavetsky created ODR Latin America, – a Social, Scientific and Academic Network-, that has brought together all of us who believe in the ODR system, organizing countless events around the world, exploring possibilities and encouraging the use of ODR as an alternative method of Resolution. Conflict, warning different responses. Some people convinced about the real possibilities of this online method to resolve conflicts and others situated in their comfort zone, wondering “What for?”.

The COVID 19 Pandemic had to arrive in an untimely, precipitous, defiant and threatening way, so that we all are able now to understand, what Alvin Toffler wanted to warn about in the mid-1970s, and what proclaimed and still continue Professors of the National Center for New Technologies Applied to Dispute Resolution of the University of Massachusetts, next to their teams and disciples.

ODR AND THE “RED QUEEN EFFECT”

The statement known as “The Red Queen effect” derives from the passage of the book “Alice Through the Looking Glass” , a continuation of the children’s novel “Alice in Wonderland”, in which Alice, running without stopping, dragged by the Red Queen’s hand, who was screaming “faster! faster!” thought “I wonder if things are moving with us? and the Queen, guessing her thoughts, shouted her: Faster, don’t try to speak! “…

When they stopped for a moment “Alicia, surprised, looked around her: – I think we’ve been under this tree all the time!. Everything is the same as it was -Of course! -said the Queen- ¿How was it going to be? Well, in my country, -said Alice, still panting,-, if you run so fast for so long, you usually get somewhere else … “A rather slow country!” replied the Queen. “Here, you have to run everything possible to stay in the same place. To get to another place you have to run twice as fast ”

Leigh Van Valen, in an article entitled “A new evolutionary law”, raised in 1979 the Red Queen hypothesis as an ecological and evolutionary principle, which would later become known as the Red Queen Hypothesis, which describes that continuous improvement . of the species is necessary, only with the objective of maintaining their status quo with the environment. Transferring this concept to our much appreciated task in Online Conflict Resolution, we must say that from many years ago, we “came running” like Alice, trying to get ODR to keep up with the times, to reach this moment when the pandemic situation, desperately has claimed for the use of ODR, as an alternative means to allow access to justice for so many people who cannot leave their homes due to the regulations that have been imposed in order to avoid contagion. .

ODR, THE FUTURE, PANDEMIC, AND THE RED QUEEN EFFECT

Dr. Alberto Elisavetsky in a conference at the annual Meeting of Mediators in the City of La Plata. Buenos Aires, Argentina,, on November 13, 2018, stated “face-to-face mediation is over”. Probably, many people didn’t understand the meaning of his words.

Since that date, a short time has passed, and we are able today to see that the future has already arrived. We find ourselves swimming the waters of the “future of Alvin Toffler” and running the “race of the Red Queen and Alice”. An example of this is that ODR Latin America with its Director Alberto Elisavetsky, and the team of academic professionals who support him, have developed and go on developing training courses, for mediators in the field of On line Dispute Resolution, because of the request of Government agencies and / or Private Organizations, giving them the capabilities of the e-mediator in Argentine Provinces of Córdoba, Mendoza, Salta, Neuquén, Buenos Aires, and in countries as Chile, Brazil, Mexico, Ecuador, Spain, Costa Rica, etc ..-

We must say that the pandemic situation that we are facing globally has brought us closer to that future that many saw so distant. This is the future. It just has come. It’s here. We must be prepared, understanding that the world in which we have lived these first decades of the 21st century has changed and will continue changing rapidly … all the governments of the planet, even those of the most developed countries, are finding this coping, this accommodation. to the circumstances, in order to continue providing the fulfillment of the human rights of their inhabitants. And, all of us, who have valued and worked for a long time in the field of On line Conflict Resolution, we have been able to verify that we were right when we pondered this system, because it has become an excellent alternative, so that, despite the factual situation of the pandemic, all the people can continue to exercise their right of access to justice.

Lewis Carroll Through the Looking-Glass, and What Alice Found There)? 1871.