Is My Bias Showing?

Is My Bias Showing? 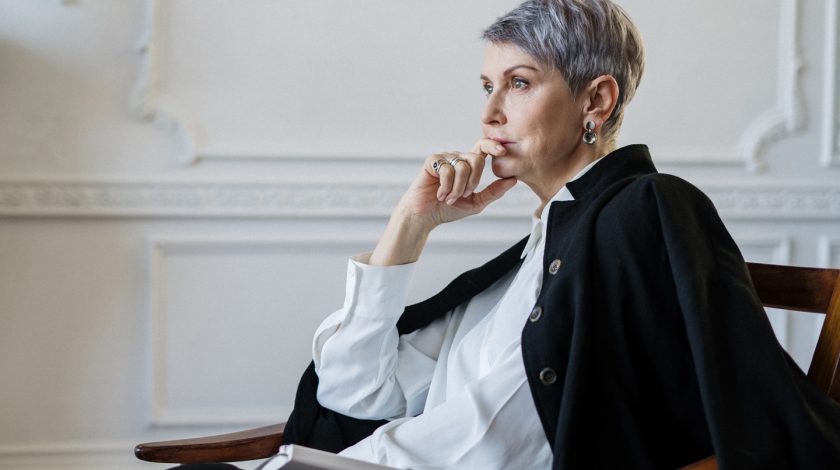 In his recent book, Online Courts and The Future of Justice, author Richard Susskind posits,

“…litigants do not really want courts, judges, lawyers, rules of procedure, and the rest. More likely, they want not to have a problem at all. Or to have their disputes resolved fairly and with finality. Or they might want vindication. Or someone to listen to and empathize with their grievances. Or an apology. Many lawyers and professionals baulk [sic] at this line of outcome-thinking. They insist that what a client surely needs, and will always need, is a trusted adviser—an empathetic and expert human counsellor. But this is to confuse means with ends, to muddle up how we work with what we deliver.”

That passage, among many others, started me thinking: When someone is faced with a potential dispute, what do they really want (interest) and what do they expect of the system and its representatives to which they look to guide them to fulfillment of their interests or, in the least, to minimize their losses?

When I was a new lawyer, my first reaction when engaged by a new client was to immediately draft a complaint (or response) and get it filed, sometimes even before I understood the facts. Unfortunately, many of my lawyer colleagues take the same “shoot first, ask questions later,” approach. Sometimes that is appropriate, such as when the new client walks in on the eve of expiration of a statute of limitations. I suggest such a knee-jerk approach does little to serve a client’s needs and (except in straight contingency matters) ends up costing the client a ton of money. Frankly, though I tended to be more sympathetic to my plaintiff clients, my favorites were defendants. Not only because reacting to allegations is far less labor-intensive than gathering the information and evidence necessary to prove them, in most cases, defendants are at the mercy of the system and, with few limitations, the determination of plaintiffs. That meant my earnings would be enhanced, even if I were representing a client at a negotiated rate (i.e., insurance defense).

Of course, at the outset of a lawsuit, both sides are typically enthusiastic to prosecute or defend the case. Damn the torpedoes, and all that. That attitude changes abruptly when the client (if paying their own fees) receives its first billing from the attorney. Naively, I, and many other lawyers, adopt the client’s enthusiasm and to use a colloquialism, put “pedal to the metal,” without giving much thought to what it was all going to cost the client.

Too far along in my career as a lawyer, I started to realize if I took more care and paid more attention in the early days of my relationship with my client and the case to do an analysis of paths to resolution (litigation containment), I would have a much happier client. This was not only because we were able to save the client’s money, but by exploring alternatives to resolution, I discovered the clients were usually far more satisfied with the outcome. When representing defendants, I found the cost of settlement was often far less than the cost of litigating the case to judgment, win or lose. With each new case, the idea of feeding our system of litigation with my clients’ money was more and more distasteful. Sure, I enjoyed the challenges and sometimes even the contest. But, in the end, the clients always paid for the excitement and satisfaction I could derive from their conflict.

Lawyers have duties. First and foremost, we have a duty to our client(s) to appropriately, and zealously, represent their interests. In my view, this means that we must first understand the client’s interests, so we do not over-zealously and over-expensively represent their interests. I think we should keep in mind a quote from Justice Learned Hand, “I must say that as a litigant I should dread a law suit [sic] beyond almost anything short of sickness and death.” I also think we too often try to project our intellectual interest and emotional enjoyment of the battle upon unsophisticated clients. I also think we lawyers tend to confuse means with ends.

For example, one needs to thread a rope through a wide board. That individual needs a nice, neat, round hole. To make the tailored hole, the individual needs a drill. The individual’s end is the hole, his means is the drill. When it comes to disputes, unless the litigant uses the process as a business tactic, the litigant wants resolution. When efforts (if attempted) to resolve the dispute informally do not work, the disputant turns to a lawyer to achieve the end. I suggest most lawyers get their wires crossed at that point and find themselves focusing on traditional litigation as the means. Especially for lawyers who may not have been practicing long or have not tried many cases, I believe they are stuck on the status quo bias believing that to get a positive result for the client, the dispute must go to trial. Of course, the problem remains that a judgment in one’s favor does not mean the litigant wins in the final analysis. (“Persuade your neighbors to compromise whenever you can. Point out to them how the nominal winner is often the real loser–in fees, expenses and waste of time.” –Abraham Lincoln—1850) It is an irreducible fact articulated centuries ago by, I believe, Cicero, that a party to a dispute, win or lose, feels justice has been done if he believes he has been heard. Unfortunately, in traditional litigation and trial, this is not usually the case. Further, it is my experience that early in the litigation process, litigants seem to demonstrate something akin to “shell-shock,” particularly, if they have never been involved in a litigated matter before. At bottom, most litigants are traumatized by the process. Given the strictures of our system of evidence and the admissibility of disputed evidence, too often litigants leave the process feeling as if the most important aspects of their claim or defense have not been heard.

“To ask whether a society is just is to ask how it distributes the things we prize— income and wealth, duties and rights, powers and opportunities, offices and honours. A just society distributes these goods in the right way; it gives each person his or her due.” (Michael Sandel), Justice, p.19, 2009

Should lawyers not be concerned that in the trek toward resolution, their clients be heard by a neutral who may be able to assist the parties to a feeling that elusive justice has been served? “Too often, thinking like a lawyer is a barrier to ending a dispute.” Susskind, Richard. Ibid (p. 137). We must remember, most of the time judges began their careers as lawyers. I suggest lawyers who are placing a priority on their clients’ interests, avoid the traditional legal method.

The sum is probably apparent. I posit the interests of disputants, particularly in these days of overwhelming caseloads in the courts compounded by the COVID crisis and the resulting delays, are not served by traditional litigation. Research into the costs of litigation conducted over many decades demonstrates the sooner a dispute is resolved, the less expensive it is for the disputants, even when a compromise result is reached. I suggest that so long as we keep the ideal of self-determination (the hallmark of mediation) in mind, judges and lawyers should gently but firmly guide litigants into facilitated negotiations, i.e., mediation. Mediation is the best way to afford disputants the right to have their entire position heard and understood by a neutral and, thus, attain a feeling that justice has been served.

2022-02-23
Previous Post: Pandemic Pivot – ADR Poised for Prominence During Recovery
Next Post: Seeing the Future by Knowing the Past