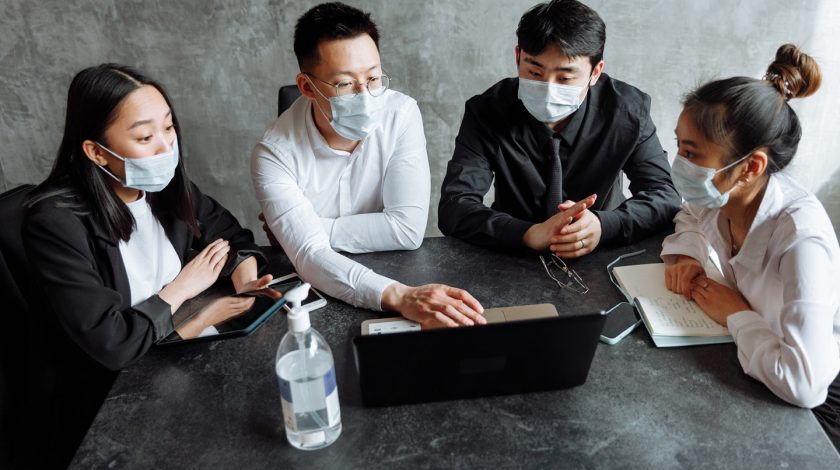 Seven months after the outbreak of the COVID-19 pandemic, many mediations have been conducted online. While some mediators have been mediating online since before the pandemic, many mediators have only begun their online practice in the past few months. Now that online mediation has become normalized, how have mediators handled the shift? How does in-person mediation differ from online mediation, and what have mediators done to capitalize on those differences to excel in virtual mediations? What is the future of online dispute resolution (ODR) and virtual mediation? This series of articles seeks to answer those questions and more through the results of a series of interviews with over a dozen virtual mediation and Zoom Certified mediators, article and organization research, and information gathered from the ABA Tech and Dispute Resolution Conference. This article focuses on the aspects of dealing with High Conflict Personalities when in an online mediation process.

Conflicts have a powerful way of affecting how people feel and react emotionally. As such, the ability to deal with people’s emotions should be a skill that every mediator prioritizes. Research has shown that specific personality traits explain why some people can be more prone to conflicts than others. Author and mediator Bill Eddy refers to these conflict-prone personalities as “High Conflict People” or HCP.

In Eddy’s book, High Conflict People in Legal Disputes, Eddy states that almost “half of all legal cases that go to trial today involve one or more parties with an HCP” (Eddy, Bill. High Conflict People in Legal Disputes. 4th ed., HCI Press, 2009. p 13). Eddy used to believe that conflicts were related to issues, but his experience as a mental health professional, attorney, and mediator led him to conclude that personalities are the main driver in conflicts. In other words, he believes that the majority of conflicts are driven more by internal distress than external events.

According to Eddy, traits that commonly make up an HCP are exaggerated emotions, repeatedly improper behavior, a constant sense of urgency and drama, and a tendency to persist in conflicts much longer than other people (Eddy, 2009 p. 17). Frequently, the HCP can be someone who already has a personality disorder. Eddy identifies the five personality disorders that are more likely to develop HCP’s traits as narcissistic, borderline, antisocial, paranoid, and histrionic. “To follow the HCP Theory, we first need to understand that high-conflict personalities and personality disorders usually go hand in hand. This is an important connection that most legal and workplace professionals know nothing about.” (Eddy, 5 Types of People Who Can Ruin Your Life, 1st ed., Tarcher Perigee, 2018 p. 166).

In order to excel at mediating the thorniest issues, every dispute resolution professional must be able to decode these patterns of behavior. Thus, when working in a dispute involving one or more high conflict personalities, a mediator must be equipped with specific tools. According to Eddy, there are four key steps that can be taken in this situation. The first step is managing the level of bonding. The mediator must adopt an arms-length bond due to HCP’s tendency to require excessive attention and time. Second, mediators can direct an HCP’s focus on tasks instead of emotions, minimizing their tendency to get stuck on, and escalating emotions. The third is helping the HCP party be conscious of the consequences they will face if they do not change their behavior. Finally, the reality-test is another practical approach, given the fact that HCP’s tend to have higher and misleading expectations about their case (Eddy, 2009 p. 169). In the author’s words, “confronting lies with true information is one of the most effective tools in handling high-conflict opponents in court. In fact, it often helps bring the party into negotiations and leads to an out-of-court settlement.” (Eddy, 2009 p. 219) Given that, the mediation process must be tailored to this sort of dispute, both in virtual as well as in-person meetings.

After the outset of the COVID-19 pandemic, the virtual process has become the norm for the majority of ADR professionals. In interviews with several mediators from the Mediation Center of Los Angeles mediator panel and other dispute resolution professionals, when questioned about the difference in dealing with high conflict personalities during in-person meetings versus online mediations, only 8% thought that handling cases with HCPs were more complicated and difficult online. 50% of the mediators interviewed believed that the online process has the same challenges as the in-person mediation and that the tools applied in both processes are essentially the same. On the other hand, 42% of the mediators interviewed considered virtual mediation more helpful when dealing with high conflict personalities.

The reasons why virtual mediation may be beneficial when addressing and managing HCP lie in a variety of aspects. According to the mediator William Molfetta, people tend to behave better when in front of a camera. He believes that the ability to watch yourself during a videoconference may increase people’s awareness of their own behavior. The increased awareness can help prevent them from acting up. James Cameron, another notable mediator, supports a similar understanding. Cameron believes that the parties tend to act more civilly during a virtual meeting as the screen works as a filter for people’s conduct. Even in cases when an HCPs’ behavior is not more controlled, the online format offers greater control of the communication. The ability to mute or easily move parties to separate rooms are considerable advantages that mediators may need when there is an escalation of aggression or inappropriate behavior.

An interesting perspective comes from the mediator Stephen Marcus, who stated that the parties threatened by HCP’s usually tend to be less inhibited by their opponent’s physical presence in online mediation. Even when an HCP’s actions or behavior is not improved in an online mediation, the other party may still benefit due to the virtual format. Marcus’ observation points to how other parties benefit from the virtual format by having greater comfortability and safety when in conflict with an HCP. Renowned mediator and pioneer of the virtual process, Susan Guthrie, explains that people in conflict are affected by the increase of the release of the stress hormone cortisol. However, when adversaries are not in the same room, the level of this body stress reaction is relatively reduced, enabling parties to have their communication improved. Guthrie states that in a majority of disputes involving high conflict people, parties typically prefer to avoid being in the same room. When in in-person mediations, avoiding the same room would result in more time in caucus. However, online mediation offers the flexibility for parties to still meet in a joint session without being in the same room.

In summary, meditating disputes involving high conflict personalities will always demand greater emotional intelligence and skill from the mediator. However, a majority of the ADR professionals interviewed agree that the current online format promises to deliver equal or even better results. The separation of parties, greater communication control, and individuals’ increased self-awareness in online mediation bring potential benefits to mediators and parties alike in a case with an HCP. The value and versatility of virtual mediation in conflicts with high conflict personalities only raise the ADR field’s expectation to keep employing and improving on these virtual tools.

Thank you so much to the Mediation Center of Los Angeles and the following mediators and dispute resolution professionals who have contributed time, knowledge, and wisdom to make this article possible:

2022-03-21
Previous Post: One Year Later: Zoom Fatigue
Next Post: Update on Remote Mediations and the Virtual Evolution of ADR