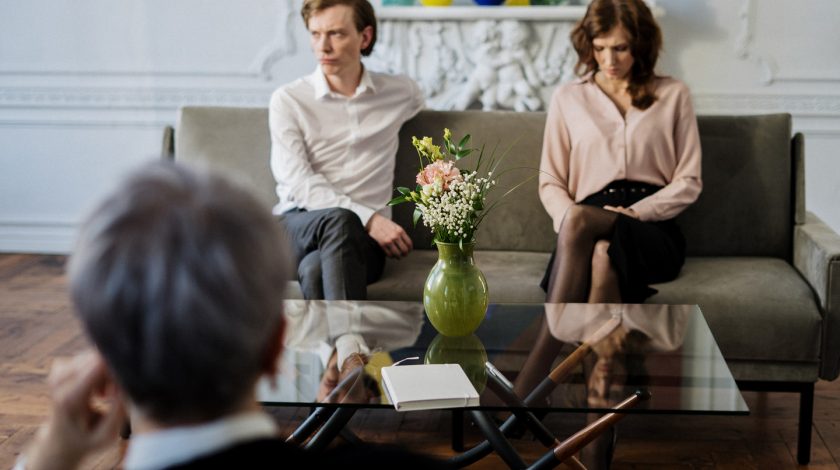 This article from Harvard’s “The Practice,” shines a light on ODR and its evolution using Colin Rule’s career as a guide. In building ODR systems for the world’s largest online marketplace and for court systems across the country, Rule’s career offers a window through which to observe and understand the larger ODR movement—a movement that is all the more important as the world grapples with the continued impacts of COVID-19.

Separating the People from the Problem

Colin Rule and the rise of online dispute resolution

When the Apple II was released in 1977, it was among the first computers marketed and mass-produced for businesses and individuals alike. Apple would later adopt the slogan “The computer for the rest of us,” hinting at its technology’s broad appeal among a nonexpert consumer base. It is fitting, then, that as a grade school student in 1980, Colin Rule first dabbled in the world of online dispute resolution (ODR) by running a bulletin board out of his bedroom in North Texas with the help of his Apple II Plus

At that time, bulletin board systems were digital networks for exchanging messages and files via modems connected by phone lines—precursors to today’s chatrooms, comment threads, and social media of the internet. As heated, often offensive exchanges—so-called flame wars— became an increasingly common problem on bulletin board discussions, Rule developed an interest in conflict resolution in digital spaces. “This was before I was ever trained in dispute resolution,” Rule says of his early foray into ODR. “There were guidebooks of sorts about how to resolve flame wars, but these were early days.”

Rule’s interest in peacemaking would only grow. By the late 1990s, Rule had earned a bachelor’s degree in peace studies, a certificate in dispute resolution, and a master’s degree in public policy in conflict resolution, all in addition to experience as a mediator at the National Institute for Dispute Resolution and the Peace Corps. “I left for the Peace Corps in ’95 when the internet was largely just a figment of people’s imagination,” he recalls. “I came back in ’97 and everybody had email addresses. Everybody was talking about the internet. It was amazing to me how quickly things had changed.”

Rule realized his dual passions for dispute resolution and technology could come together to create something special, and he embarked on a career in ODR. After working for Mediate.com, an online database of mediators not unlike 1-800-Dentist, he founded his own company, Online Resolution, in 1999 in an attempt to translate the nascent field of ODR into a platform that resolved real disputes. Rule’s snowballing expertise would subsequently lead him to key ODR-related roles at eBay, PayPal, Modria, Tyler Technologies, and then back to Mediate.com, where he was recently named president and CEO.

In this article, we shine a light on ODR and its evolution using Rule’s career as our guide. In building ODR systems for the world’s largest online marketplace and for court systems across the country, Rule’s career offers a window through which to observe and understand the larger ODR movement—a movement that is all the more important as the world grapples with the continued impacts of COVID-19, such as how to administer justice and resolve disputes in an increasingly distanced society.

If one were to trace the development and underpinnings of ODR back far enough, eventually they might notice another, very similar term slip into the discussion—alternative dispute resolution (ADR)—and it is worth noting the distinction between the two. ADR is, generally speaking, the broader concept, with some defining it as “[a]ny method of resolving disputes without litigation.” Or, as Rule puts it, “ODR is simply ADR plus technology.”

As one would expect, the history of ADR does indeed go back much further than that of ODR. As Rule describes, forms of ADR have been around since disgruntled customers thought to chisel their complaints onto clay tablets, from consumer disputes over copper ingots in ancient Mesopotamia to arbitration agreements in England’s Middle Ages. Much more recently, ADR has been used in the United States throughout the 20th century in instances such as collective bargaining and the use of other mediation and arbitration methods to resolve labor disputes.

In the 1970s, Rule adds, ADR began to take form as a field unto itself with the rise of programs like Harvard Law School’s Program on Negotiation, which at the time was home to ADR pioneer Frank Sander. “Sander gave a talk in 1976 where he really introduced the concept of the multidoor courthouse,” says Rule. “He argued that maybe we should create different pathways for resolution for different types of cases. Sander was really one of the fathers of the ADR movement.” Around that time, community dispute resolution centers were popping up to resolve certain types of issues—those that were worth resolving but perhaps did not rise to the level of a full courtroom experience, like complaints about barking dogs or property line disputes. As we see below, ODR became a natural extension of these efforts as the tools and capabilities of the internet were introduced and continuously expanded.

Building a system for 60 million disputes: eBay and PayPal

In 2002, Rule published a book, Online Dispute Resolution for Business, distilling his experiences gained from founding Online Resolution. Not long after, he got a call from a senior vice president at eBay who had read his book and wanted to fly him out to talk about it. Rule spent about a week consulting for eBay. A month later, they asked him to sign on as a director in eBay’s trust and safety division to help build up their ODR system. “I was like, ‘Well, I have a company. My whole family’s back in Massachusetts,’” recalls Rule. “Then they said, ‘Here’s how much we’re going to pay you.’ And I said, ‘Oh, OK. So, I guess I work for eBay now.’”

2021-12-01
Previous Post: Artificial Intelligence, ODR, The Black Swan, and Imaginative Cells
Next Post: Negotiation Tactics: How They Work and How to Protect Yourself and Your Client from Them