Negotiation Tactics: How They Work and How to Protect Yourself and Your Client from Them

Negotiation Tactics: How They Work and How to Protect Yourself and Your Client from Them 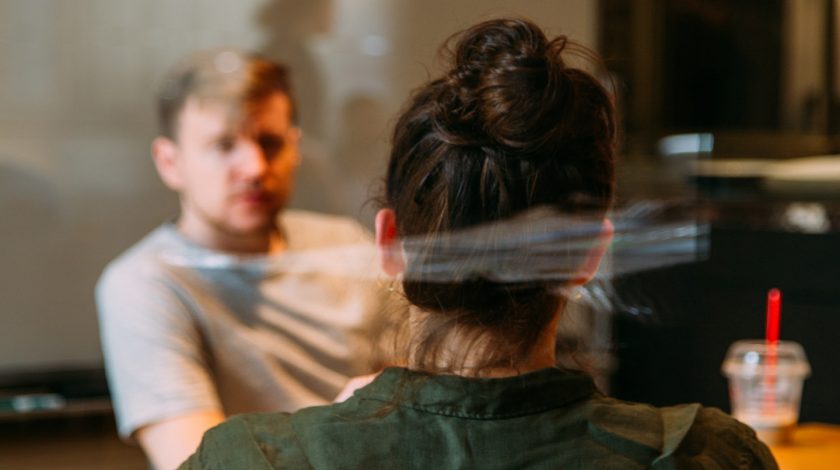 I am a strong proponent of principled negotiation—i.e., negotiation in which both sides attempt to understand the interests and needs of the other and then collaborate to develop options that meet the needs of both sides. So why talk about negotiation tactics, manipulative moves designed to slant an outcome in one side’s favor more than the other, based on “tricks” or gamesmanship versus merit? The answer is because inevitably one day, some attorney is going to use one or more of these tactics against you (or try to), and it pays to be prepared. So, what are some of these negotiation tactics and how do you respond to them?

The most popular one, of course, is the old “Good cop, Bad cop” method where two co-negotiators each take on a role to try to manipulate their opponent into an agreement they really do not want. Many attorneys assume they can see this one coming a mile away, and would never fall prey to it. The problem is that, if the two co-negotiators are subtle enough, they can sound very similar in their approaches, yet lead their opponent to dislike one of them more than the other. Once that happens, their opponent tends to want to agree with the more likeable negotiator to avoid the bad cop. The problem is, this ostensibly ‘nice” negotiator is seeking pretty much what the “not so nice” negotiator is seeking, so the victim ends up agreeing to exactly what Good cop/Bad cop team wanted in the first place.

This tactic can also be employed with just one attorney. In this scenario, the attorney uses her absent “Senior partner” or “hard-nosed client” as the “Bad cop” and has her opponent negotiating against someone who is not even at the negotiating table (e.g., “I would love to give you what you and your client have offered, but my partner will never let me agree to that and the client would fire us if I did. Can’t you just come up few thousand more?”)

RESPONSE OPTIONS: How do you deal with this tactic? First, be on the lookout for it. Read the whole room, don’t just listen to the nice tone in which your opponents are speaking. What are your opponents really saying? Are they really being reasonable or just saying unreasonable things with a friendly tone? Is the “Good cop” really trying to move his or her “Bad cop” colleague toward your goal or is he really letting the Bad cop control the negotiated terms?

The key to protecting yourself in this situation is preparation. You must go into every negotiation knowing what you goal or aspiration is and how far away from that marker you will go to reach a resolution if need be. If you are not given any new information at the negotiation table to change your mind about what the range in which to settle should be, do not let “Mutt and Jeff” move you out of the settlement zone you know you have a right to be in. Tell your opponents the basis for your determination to settle for a given amount or within a given range, and tell them you need a similarly good reason from them to believe your bases are invalid. Most likely, your opponents will know their tactic was ineffective and, hopefully, stop the charade and start true negotiations, realizing they have been exposed.

One of the tactics I experienced when I was a relatively new attorney was what I call the “Father Knows Best” tactic. Using this tactic on me and my equally green co-counsel, our older opponent would, on an almost weekly basis, either beckon to us in the courthouse hallway after a motion hearing, invite us to meet at his office, or pick up the phone to call us and, in a fatherly tone, tell us basically how bad our case was. He would go on to tell us that we should settle for nowhere near where we thought we should settle, to avoid the embarrassment of him having to walk all over us in court. He was never threatening, but rather came off as trying to protect us, not hurt us, since he had been around so much longer than we had and knew exactly what was coming if we did not listen to him. Even though we started out with great confidence in our case, this attorney somehow undermined our confidence little by little, until every time we met with or talked to him we would ask each other “Do you think he’s right? Should we throw in the towel?”

RESPONSE OPTIONS: The simplest solution is: Do Not Talk to the would-be Father Figure. It is a huge waste of time, and more importantly serves no one’s interest but your opponent’s. After a while, if he cornered me in courthouse to ‘talk’, I would say: “Sorry, but I have another hearing I have to get to”. If he invited me to his office to discuss some aspect of discovery, etc., it was “Sorry, but I have too much on my plate for the next 3 months.” Or, when he called, after a while, I had no problem hanging up on the offending counsel. There is no time to be mannerly when someone is trying to undermine you and your case!

But eventually, you will want to talk to this attorney. Every client deserves an opportunity to have her case resolved without the risk, time and expense of trial, if it is possible. The key is, do not talk to Father Knows Best until YOU are ready. When you sit down to try to negotiate a resolution with Dear Old Dad, you should have all your ducks in a row, and most importantly, you should be totally confident. You should know your evidence, you should know your strengths and your weaknesses and you should know exactly where this case should settle. If he tries to waste your time with mind games, ignore them and keep coming back to your proposals and the reasons for them. If he doesn’t respond with principled negotiation, it is a waste of your time and you can at least say you tried.

In our “would-be” civil profession, there are unfortunately far too many lawyers who practice law using the tactics of anger, aggression and/or walking out of a negotiation. Now the ‘smart’ attorneys who come off as angry are just feigning anger, to see if they can intimidate their opponent. If the attorney is really angry, that means they are likely unable to control their anger and you can just sit back and wait for them to self-destruct. But if the attorney is simply feigning anger, they are not only controlling it, but will likely try to control you with it. Unfortunately, I have seen attorneys threaten, curse and walk out on their civil opposing counsel in a negotiation. When they do, often one of two things will happen. Either their opponent will be intimidated and cave, or they will not talk to the angry lawyer at all, and so deprive their client of the opportunity to pursue a negotiated resolution.

RESPONSE OPTIONS: In dealing with such attorneys, everyone must find their own comfort zone, but here are a few suggestions. First, do not be intimidated. As I said, it is usually an act. Often times the angry attorney’s client is not even happy with their overly aggressive behavior. If you stand firm, let their antics roll off you, and just wait them out, you can turn to them when they finish their tirade and ask if they are ready to negotiate now. Moreover, I have seen angry attorneys try to storm out of a negotiation and beckon their client to join them, only to have the client stay seated at the negotiation table with a look that says “I’m not going anywhere with my crazy attorney.” When that happens, the offending attorney is likely to sit back down with their client. Then you, the rational attorney, can then take the high road, forget the “show” everyone just observed and start the negotiation a from a fresh start, without all the charades.

The Belly-up or “Columbo” tactic, as I refer to it, is a bit less obvious. Some of you may remember the 1980’s era television show about a police detective who bumbled his way to capturing, and usually getting a confession from, the culprit every time. He did this by acting as if he were incompetent and, thus, leading the suspect to try to ‘help’ him solve the case, often thereby helping to dig his own grave. Moreover, by coming off as dense, the detective usually led the suspect to let their guard down, making it easier for Columbo to get all the evidence he needed. In the context of negotiation, this Belly-up method can be seen when a negotiator comes to the table acting as if she doesn’t know a thing about her case or how to negotiate. Human nature often leads her opponent to want to “help her out’, resulting in admitting weaknesses to her they would not otherwise have admitted, or making concessions in the negotiation to help the poor lost attorney out. By the time the unwitting opponent realizes he has been duped, the opponent has a dream settlement that it is too late to undo.

RESPONSE OPTIONS: The most basic response to a belly-up negotiator is to negotiate proactively and not reactively. In other words, do not respond to the negotiator’s behavior. Respond to the facts and offers (or demands) they put on the table. If your opponent is really dull-witted, they are in the wrong profession and your first obligation is always to your client. Stay focused on that. If they propose settlement terms, do as you would do with any opponent and ask for the rationale behind the proposal. If they cannot give you a valid rationale, the proposal is not worth considering and you should reiterate your proposal and the valid bases for it.

Some other negotiating tactics include using a numerically superior negotiating team (bringing an unnecessarily large number of negotiators to the negotiation in order to intimidate the opponent), one side asserting that they have time pressures that they use to rush the other side to an unsatisfactory resolution, making extreme initial demands, one side asserting at the last minute that it has limited or no client authority, the ‘snow job’ where a negotiator overwhelms the opponent with an abundance of largely useless information, passive aggressive behavior, and many more. Preparation, confidence and a continued commitment to your client and to principled negotiation should be the cornerstones of your negotiation in any situation. Follow these principles and you will have the tools you need to overcome any negotiation tactic you may face.

Credit: mediate.com
written by:Antoinette (Toni) Raheem
link: Negotiation Tactics: How They Work and How to Protect Yourself and Your Client from Them

2021-12-01
Previous Post: Separating the People from the Problem – Colin Rule and the Rise of Online Dispute Resolution
Next Post: Riding the Conflict Resolution Highway